With the launch of our new, shiny website, we’re starting fresh, but we’d still like you to know what was happening with TR!CKSTER events in 2013. Here’s a run down …. 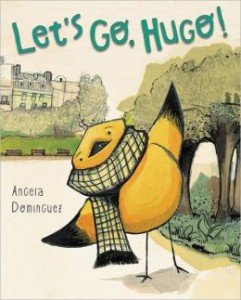 Angela Dominguez signing – Angela Dominguez will be in-store and on hand to sign “Let’s Go, Hugo!” a charming tale of bravery beautifully told and illustrated. It’s her first book and we’re thrilled to have her at TR!CKSTER! 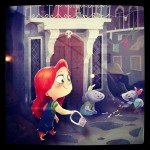 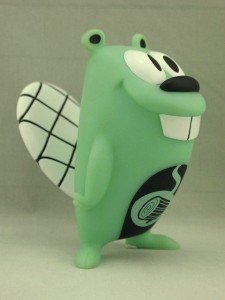 Jeff Pidgeon Signing scheduled for March 9th! Following the debut of his NEW toys at the Emerald City Comic-Con, artist and toy designer, Jeff Pidgeon will be at the TR!CKSTER store! He’ll be signing his new Beaver toys: The glow-in-the-dark Beaver: “Afterglow” and the latest “Get Lucky” mini-Beaver! The Green one. Just in time for Ol’ St. Paddy’s Day! See him (and the toys!) March 9th, 2013 @ 2PM.

Spring is in the Air! Opening, March 30th.

Author/Illustrator Thien Pham will be on hand to sign his beautiful new book “Sumo”, the first solo work from this artist. Stop in to say ‘hi!’ and get a copy today at 5PM!